The ICO Dilemma: Understanding Both Sides of the Same Coin

ICOs, also known as Initial Coin Offerings, are the new buzz word in the tech and finance world. Through ICOs, startups are able to raise funds by selling cryptocurrency tokens to investors.

This year, more than $3bn has been raised through ICOs (Source: CoinSchedule). To put this in context, according to CoinDesk data, funding for ICOs surpassed traditional Venture Capital (VC) funding in 2017 in the months January to July 2017. 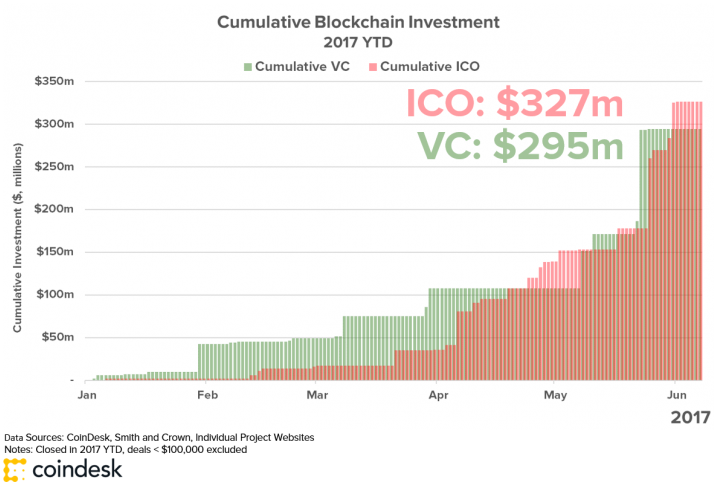 Filecoin raised $250m. Tezos, $232m. Bancor, $153m. Yes, that’s an enormous amount of money, specially for companies that at times don’t even have a demoable solution of what they are building.

In this environment, analysts have started to compare this craze to the Dotcom Bubble of the 90’s, where the Nasdaq lost almost 80% of its value overnight, making investors lose ridiculous sums of money.

In this article, I review the different views on this controversial new way of financing for companies, contrasting the pros and cons of what may be the next bubble to burst.

How this works is by a team coming up with a business idea, writing a an ICO white paper and/or developing a Minimum Viable Product (MVP), and issuing their own coin, or token. The tokens are sold to the public, and will be used in the platform when the product launches.

Investors purchase these tokens using Ethereum or Bitcoin, expecting that they will appreciate as the product gains traction and adoption increases. In other words, you are buying a currency that can only be used on a platform that doesn’t exist or that the team has only started to build. Weird.

Are ICOs a Scam? 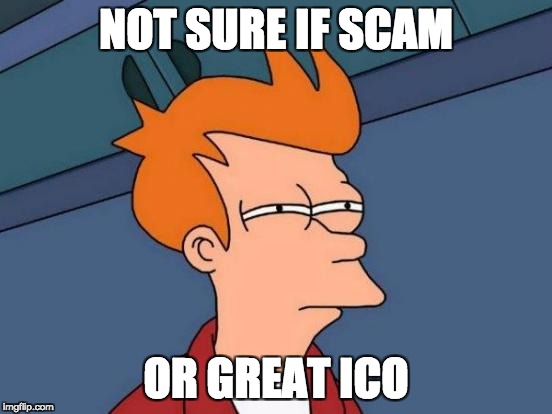 Regulators around the globe have warned about the dangers of ICOs, pointing to an asset bubble similar to the Dotcom Crash via market manipulation and fraud. South Korea and China have already banned all forms of ICOs.

Because of their novelty, ICOs are not regulated. Thus, you are less protected as an investor. While VC or Angel-backed companies have to prove themselves and comply with strict regulations to IPO, there is no requirement for ICOs to provide any kind of formal plan or contract to their investors. Instead of shares, ICOs distribute tokens which value is often not linked at all to any financial metrics of the company.

Although this doesn’t mean that ICOs are a scam, these are a few things to ponder before getting invested in one of them:

What’s the Point of ICOs Then?

ICOs are not all that bad. They give opportunities to promising projects. Think of what Ethereum has accomplished: from becoming the second biggest cryptocurrency in the world, to providing a platform for creation of DAPP projects. Tezos, one of the most relevant ICOs to date, has a clear value proposition focused on decentralized governance and a voting system. Ripple seems to be the natural replacement of SWIFT, and it’s already being tested by big players like American Express.

There is good reason to be excited about several of these projects. ICOs enable these companies to build MVP’s and align incentives between all stakeholders so that networks can grow faster. They provide the type of positive feedback loop that help teams learn and resolve customer problems efficiently.

Some reasons why ICOs are actually good:

1. ICOs are a risky investment, and some are a scam.
If 90% of startups fail, ICOs are, at best, a gamble. The lack of regulation offers great possibilities for innovation, but also represents an opportunity for scammers.

3. Amazing crypto-startups exist.
We have seen a few successful ventures of this kind (Ethereum, Tezos, Ripple, etc.), and we will continue to see more. They generally: have a very clear use case that requires decentralization using Blockchain, have a reasonable valuation based on the size of the opportunity they pursue and have a credible team backing the idea.

ICOs will continue to be an important part of cryptocurrency and blockchains. One cannot overlook the good things they’ve done. From enabling Ethereum to facilitating the creation of DAPPs, and providing incentives to engineers to come up with more and newer exciting use cases.

Conversely, ICOs are, and will continue to be, a very dangerous and risky way to invest. At the end of the day, if the team/product was all that great, why didn’t they raise the money via a VC? Cutting out VCs and traditional due diligence will enable scammers to continue to exploit loopholes for their selfish benefit. Beware.